On August 16th, we hosted the AWS User Group Meetup in the Meltwater Berlin Office. It was our first time hosting the AWS meetup and we would like to share with you what the meetup talks were about and also our experience in hosting a meetup in our Berlin office.

There were around 50 attendees. We don’t have a dedicated auditorium, so we needed to move some desks around :) This led to some workouts, and we saved some money that would gone to some gym shop otherwise.

We had two talks during that evening, both talking about how to track and control your AWS costs.

The first speaker was Cristian Măgherușan-Stanciu, talking about “AutoSpotting - a simple automated EC2 spot market bidder”. Cristian spoke about some tools that he wrote to use the EC2 spot machines to reduce the costs. 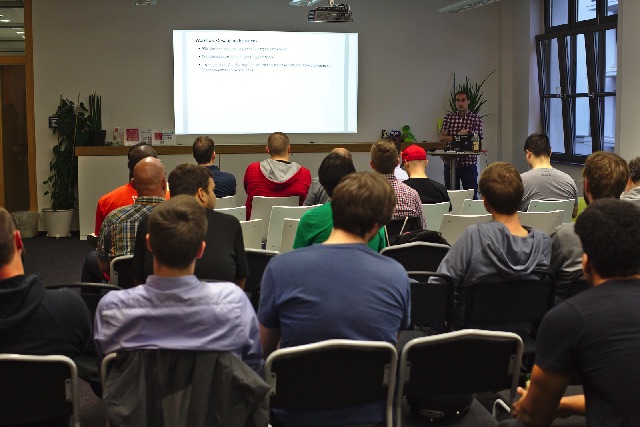 After the first speaker we did a break to network, and off course eat some pizzas and drink some nice beers. 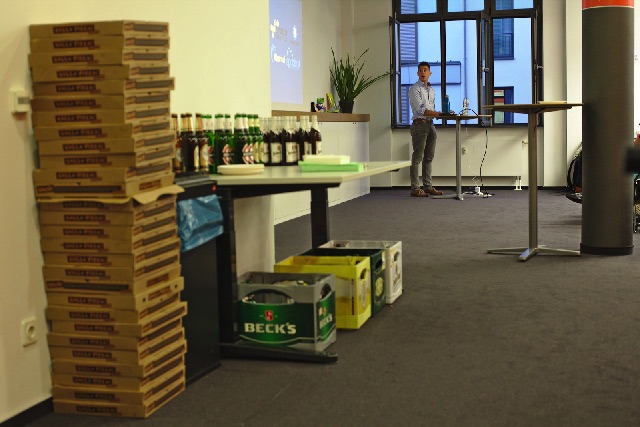 The second talk from Felix Rodriguez was about “Cost Driven Infrastructure”. He spoke about some tools to monitor the costs and prevent non desirable machines running in your AWS account.

We discovered new tools and ways that other companies are dealing with tracking and reducing their AWS costs. We also share some experiences after the talk.