At Meltwater we use RabbitMQ for messaging. We have several clusters and had a need for a new cluster. This made us ask the question: how is the message rate affected by the hardware chosen for the cluster? Should we go for more CPU cores? Or maybe faster disks? Are there other things to consider to get the best performance out of RabbitMQ? This blog post tries to answer those questions.

TL;DR Increasing the number of CPU cores or increasing the disk speed has only a limited impact on the throughput of a RabbitMQ cluster with HA queues and persistent messages. All queues should have the same node as master, and all publishers and consumers should connect to the queue master node for best performance.

To be able to quickly set up a test environment, we chose to set up the tests on AWS EC2, using different instance types. The instance types used can be seen in the table below. The network performance between the cluster nodes was measured using iperf. 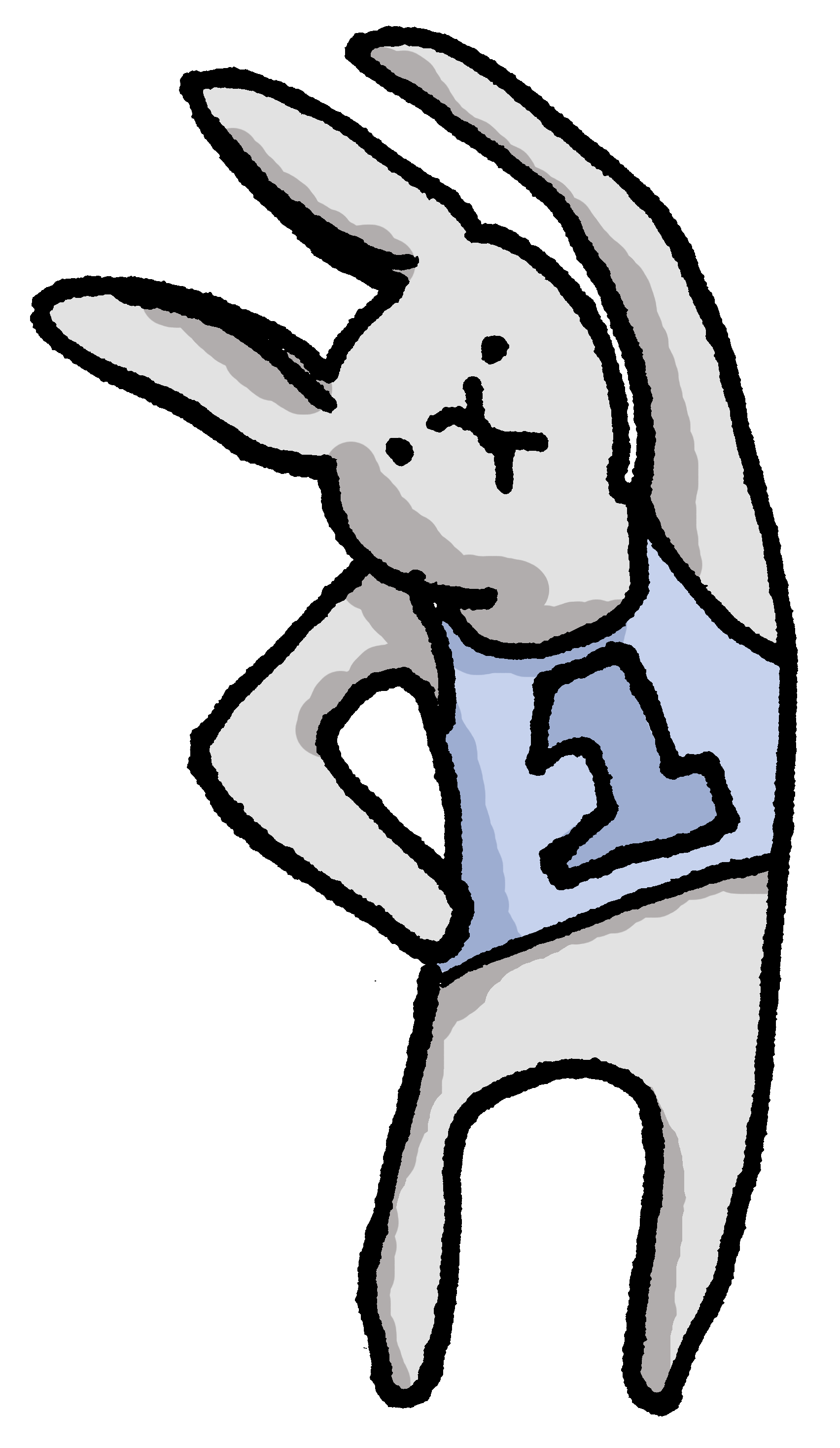 In all tests, we used two instances of the same instance type to build a RabbitMQ cluster. For generating load, we used a r3.2xlarge instance running the RabbitMQ Java client PerfTest tool. For all tests, SSD instance storage was used.

In all tests, the test queues were using HA mode, and all messages were persisted. In the tests with one queue, there were 10 producers and 10 consumers on that queue. In the tests with 10, 20 and 30 queues, there was one producer and one consumer per queue. All message rates below are messages per second over all queues. Other test properties can be seen in the table below.

To determine how the performance varied with the number of cores, we tested three different instance types with 2, 4 and 8 CPU cores, each with 2 hyper-threads (r3.xlarge, r3.2xlarge and r3.4xlarge). 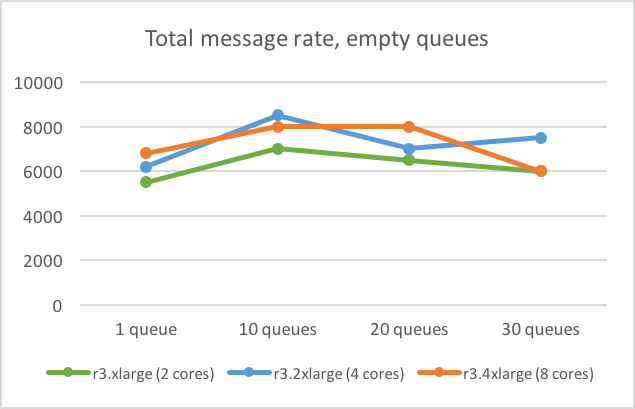 To be able to determine how RabbitMQ would perform in a situation where the consumers were not able to keep up, we also ran a test where 10 queues had 500,000 messages in them when the test started. When doubling the number of cores (from 4 to 8) the publishing message rate more than doubled (from 1750 to 5000) and consumption message rate increased by about 10% (from 17,000 to 20,000), see figure below. In other words, it seems that the number of CPU cores has a larger impact on performance when queues are large than when queues are empty.

We wanted to know if an increased disk speed would affect performance. We therefore set up two clusters with c3.2xlarge instances. In one of the clusters, we only used one of the two 80 GB SSD disks. In the other cluster, we set up RAID 0 using the two SSD disks, to get better write and read performance. The write-speed increased by 60% from 800MB/s to 1.3GB/s.

Finally, we wanted to know if the performance would increase if the load was spread over the two nodes by dividing the queues evenly between the nodes. Producers and consumers then connected to the queue master node. In a test with 30 queues the message rate decreased by 20% (from 7500 to 6000). 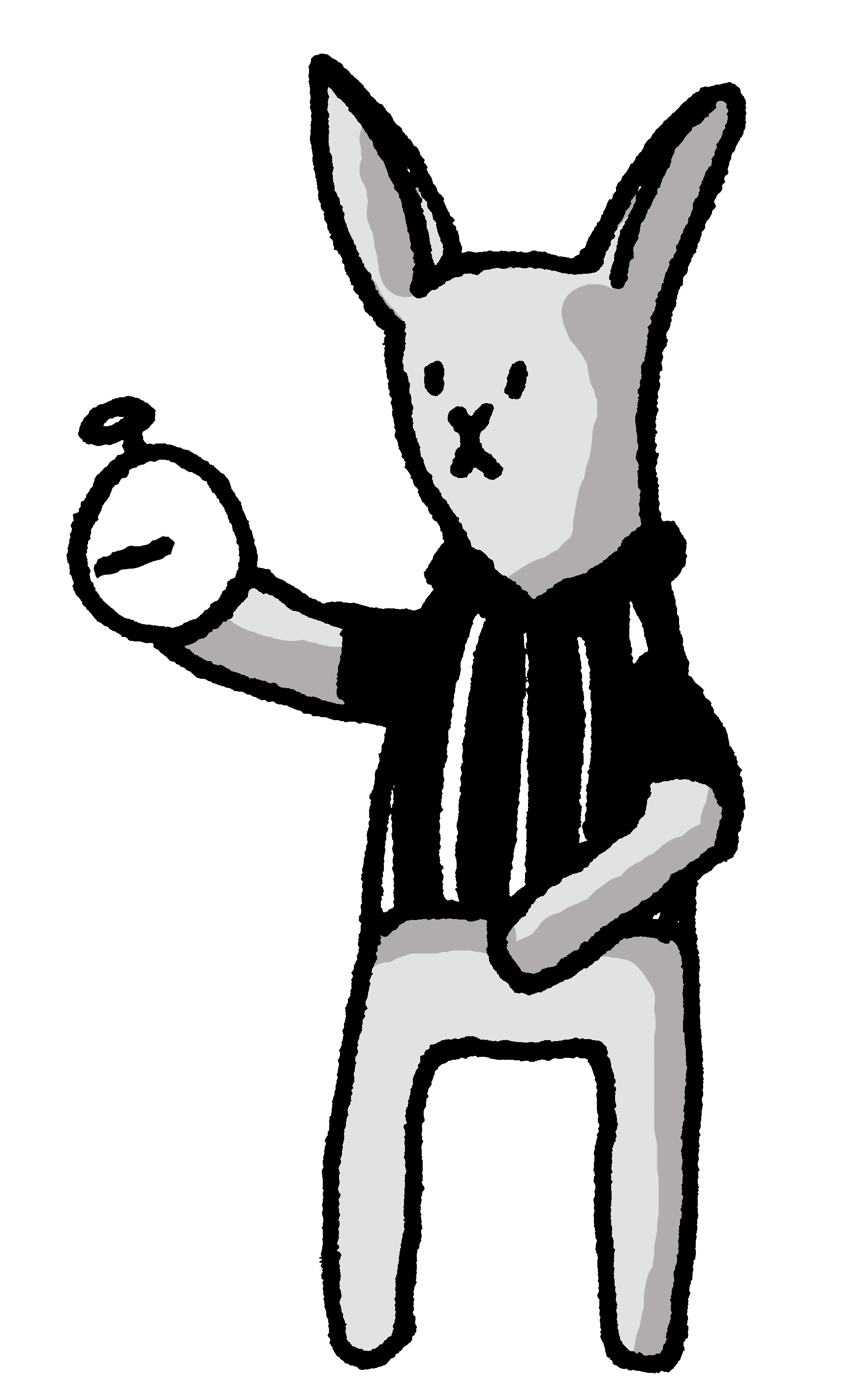 If you have a RabbitMQ cluster with HA queues and persistent messages, the following applies: