Meltwater recently acquired LikeAlyzer, a service that helps you to analyze the effectiveness of your Facebook Pages. Along with an awesome product we also adopted LikeAlyzer’s founder Robert Andersson. We took the opportunity to interview him.

Good morning Robert. First of all, welcome to Meltwater. We are excited to have you in the team now.

Thank you. I’m very happy and excited to get to be a part of Meltwater. I have long had my eye on Meltwater and I am impressed by what Meltwater has created in such a short time.

Tell us a bit about how you got the idea to build LikeAlyzer? 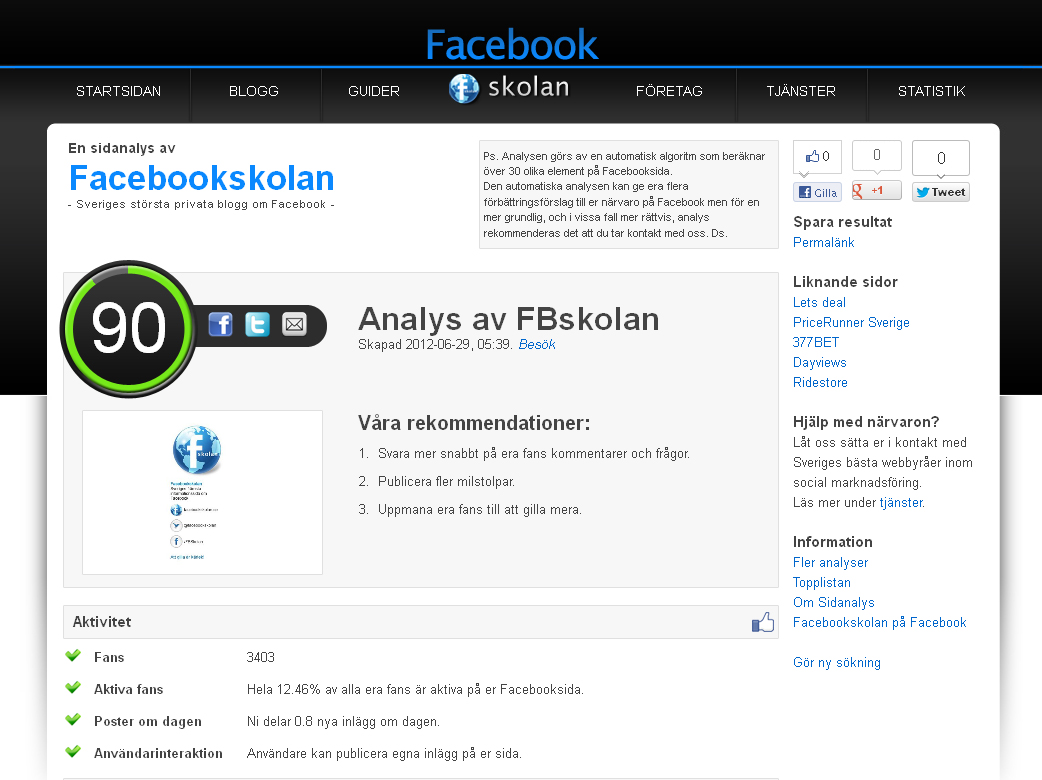 I was exploring the Facebook API, and I found all that data really interesting. I had some previous experience with similar data, so I decided to build a script that could retrieve the information of a Facebook Page for me.

The first version I built was called Sidanalys (Swedish for PageAnalytics). It was a simple tool, integrated in Facebookskolan and it didn’t do much more than checking whether or not the basic information of the Facebook page was filled out. Sidanalys was completely in Swedish, as at that time I was focusing on Swedish users.

Speaking of Facebookskolan, which is also run by you, how is it related to LikeAlyzer? 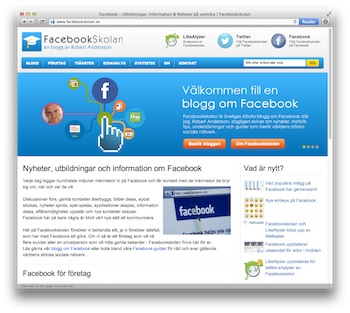 At Facebookskolan I often write about news and information regarding Facebook but I also collect data from ~12k Swedish Facebook Pages every day. With all this data I can very easily see which Pages perform the best, what kind of posts perform best/worst and other key indicators that all companies can learn from.

It was all this data that led me to start building LikeAlyzer. I saw that there were several key indicators / metrics that were synonymous with success on Facebook and many of these metrics could be accessed via Facebook’s API.

Facebookskolan and LikeAlyzer have the same purpose - to give users more information about Facebook and to help them become successful with the social platform.

Why did you decide to build out a dedicated service for LikeAlyzer and move it to likealyzer.com?

Even the first version of LikeAlyzer that was integrated into Facebookskolan received pretty good feedback. So I saw that there was some potential in the idea.

So first I applied a simple ranking algorithm to determine how good a Facebook Page is. Of course I received much more feedback after that, as people were wondering how the ranking algorithm works and how they could improve their ranking. This was version 0.2.

Next, I decided to translate the whole service to English and launch it as likealyzer.com. That brought way more users to the service and a much bigger echo in social media. I also tweaked the ranking algorithm further, considering more factors like the length of facebook posts and others. I released this as version 1.0.

Version 1.0 is pretty close to what you see at likealyzer.com right now. Of course I did many bug fixes after that but the main functionality is still the same.

For an engineer the technology behind LikeAlyzer is of course interesting as well. Which technology stack did you use to build LikeAlyzer? 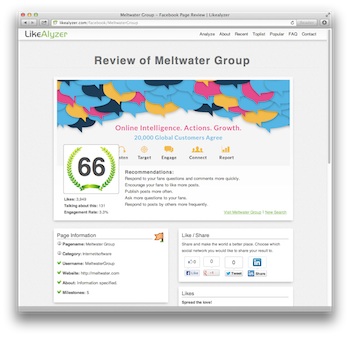 When I built LikeAlyzer, my main motivation was a simple service that is useful for the end user, and I wanted to build it quickly. Therefore I used technologies that I already knew, like MySQL and PHP. There are pros and cons of every technology choice but this stack got the job done for me.

For the communication with Facebook I am exclusively using the Facebook Graph API. First I make an API call to fetch some JSON data for a specific Facebook Page. Then I perform some post processing on this data and store a set of metrics in a MySQL database for latter retrieval. These metrics are then fed into a ranking algorithm to generate an overall score for the Facebook Page. The metrics are also used to generate specific recommendations for improvements to the user.

How would you describe your approach to programming? 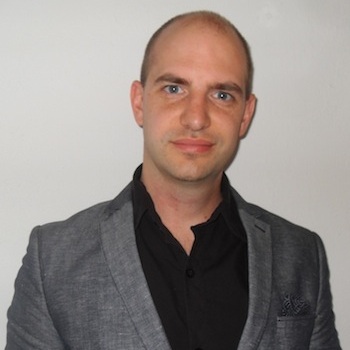 I like to think of myself as a “coding-cowboy”. With a deeper look at my code you see a lot of “wild wild west mentality” but when you following the mantra “Done is better than perfect”, which I do, I guess that is what to expect.

Whenever I start a new project I always focus on the user experience and I find a great joy to build new things that give great value to the user.

We like coding-cowboys :) So welcome again to a wild ride at Meltwater, and thank you for taking the time for the interview.

No problems. Looking forward to get to know you all! If anyone wants to know more about me, my favorite country songs or my services, just get in touch, e.g. via @Social_Robert.