In 2011 I participated in the 1st ever Springer API Challenge. Here is what I learned about developer challenges in general and how they can be beneficial for both developers and companies.

What is the Springer API Challenge?

Springer is a publishing house with 5500 employees and a yearly revenue of 850 Mil EUR - in short they are not small. They are focusing on scientific publications in German speaking countries.

At the end of 2010 Springer decided to open up access to their scientific content (mainly articles and images) via an API. In order to motivate developers to create innovative applications around their services, they set up the Springer API Challenge. 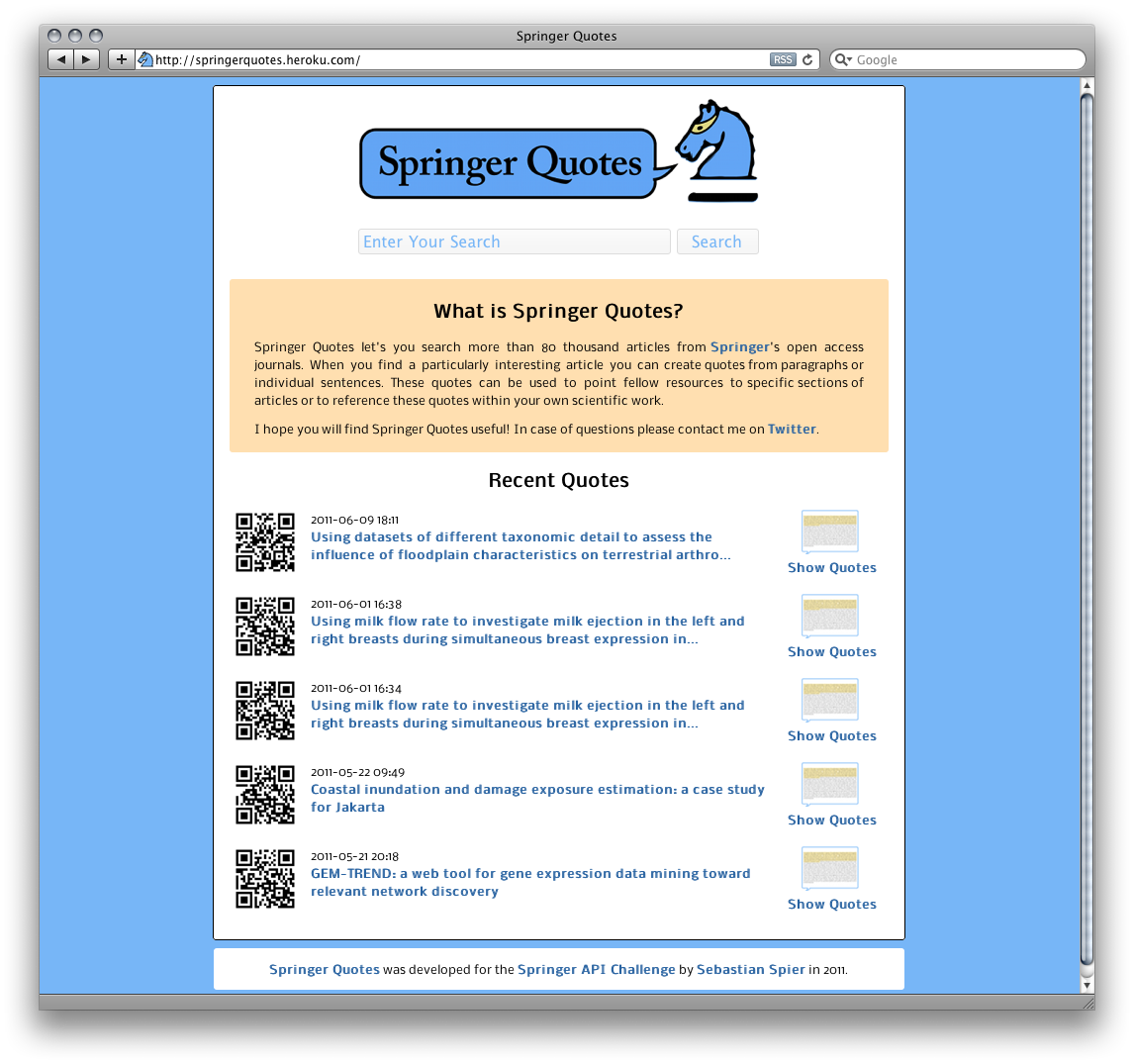 The application I came up with is called Springer Quotes. Springer Quotes is a single purpose application: It lets you search articles from Springer’s open access journals. When you find a particularly interesting section in an article you can create quotes from paragraphs or individual sentences, and share these quotes with others directly via the web.

Although Springer Quotes has a rather niche use case, Springer apparently liked it, as they awarded it with the 1st prize (presss release in German). Other contestants developed KontentLinks (now kleenk.com), which lets you create more meaningful links between articles, and JournalSuggest which helps scientists to publish their papers to the right Journal.

Here a couple of thoughts, after taking part in the API Challenge: 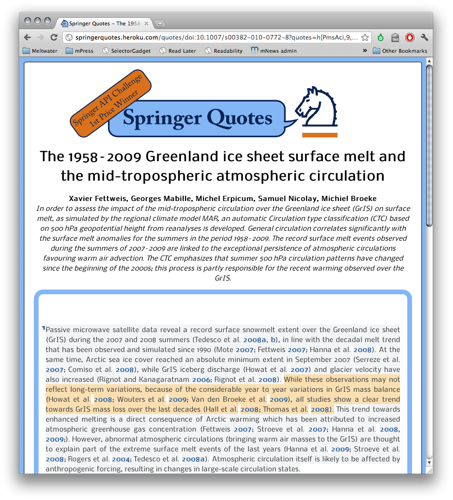 What about Springer? What did they get out of this? I don’t know it for a fact but at least they liked the API Challenge 1.0 enough to launch the Springer API Challenge 2.0 a year later. So apparently it wasn’t that bad for them either.

So much for Springer Quotes. Unfortunately the App is no longer online but you can take a look at the source code on github.

Final remarks: If you are a developer and have some spare time, just try yourself in a developer challenge. It is a lot of fun!