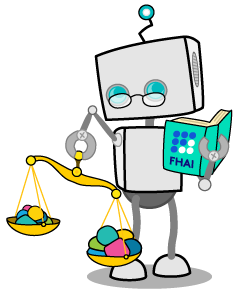 At the heart of Meltwater’s and Fairhair.ai’s information retrieval systems lies a collection of Elasticsearch clusters containing billions of social media posts and editorial articles.

The index shards in our clusters vary greatly in their access pattern, workload and size which presents some very interesting challenges.

This blog post describes how we use Linear Optimization modeling for distributing search and indexing workload as evenly as possible across all nodes in our clusters.

We have found that our solution makes our hardware utilization more evenly distributed, we have reduced the likelihood of one single node being a bottleneck. As a result we have improved our search response times as well as saved money spent on infrastructure.

These massive datasets are hosted on several Elasticsearch clusters totaling 750 nodes and comprising thousands of indices and over 50,000 shards.

Our data and customer queries are largely date-based, and most queries hit a specific time period, like the past week, past month, last quarter or some other date range. To facilitate this indexing and query pattern we use time-based indexing, similar to the ELK stack.

This index architecture gives a number of benefits, we can for example do efficient bulk indexing as well as drop entire indices when the data gets old. It also means that the workload for a given index varies greatly with time.

Recent indices both receive most of the indexing requests, as well as exponentially more queries compared to older ones.

Figure 1: Access pattern for our time based indices. The Y-axis shows number of queries executed, the X-axis shows the age of the index. We can clearly see weekly, monthly, and one year plateaus, followed by a long tail of lower workload for older indices.

The access pattern in Figure 1 is expected since our customers are more interested in recent information, and regularly compare this month vs last month and/or this year vs last year. Our problem is that Elasticsearch does not know about this pattern, nor does it automatically optimize for the observed workload!

The built-in Elasticsearch shard placement algorithm only takes into consideration:

The fundamental assumption in this algorithm is that each shard in the cluster receives roughly the same amount of workload and that the all are of similar size, which is very far from the truth in our case.

This quickly leads to what we call hot spots developing randomly in the cluster. These hot spots are coming and going as the workload varies over time.

A hot spot is in essence a node that is operating near its limit of one or more system resources such as CPU, disk I/O or network bandwidth. When this occurs then the node will first queue up requests for a while, which makes request response times go up, but if the overload continues for long, then eventually requests will be rejected and errors propagate up to the user.

Another common overload event is unsustainable JVM garbage pressure due to queries and indexing operations, which leads to the dreaded JVM GC hell phenomenon where the JVM either can’t collect memory fast enough and goes out of memory (OOM) and crashes, or gets stuck in a never-ending GC loop, freezes up and stops responding to requests and cluster pings.

This problem got worse and more apparent when we refactored our architecture to run on AWS. The fact that ‘saved’ us before was that we ran up to 4 Elasticsearch nodes on the same, very powerful (24 cores), bare metal machine inside our data center. This masked the impact of the skewed shard distribution and it largely got soaked up by the relatively high number of cores per machine.

With the refactoring we started to run only one Elasticsearch node on each, less powerful (8 cores) machine; we immediately saw big problems with hot spotting during our early testing.

Elasticsearch effectively assigned shards at random, and with 500+ nodes in a cluster it suddenly became very likely that too many of the ‘hot’ shards were placed on a single node, and such nodes quickly got overwhelmed.

This would have led to a very bad user experience for our customers, with overloaded nodes responding slowly and sometimes even rejecting requests or crashing. If we would have run with that setup for our users in production they would have seen frequent, seemingly random slowdowns of the UI and occasional timeouts.

At the same time we would have had a large number of nodes, the ones that got assigned ’colder’ shards, effectively idling and doing nothing, leading to inefficient usage of our cluster resources.

Both of these problems would be avoided if we could just make Elasticsearch place its shards more intelligently, as the average system resource usage across all nodes were at a healthy 40% level.

Another thing that we observe when running 500+ nodes, is that the cluster state is constantly changing. Shards are moving in and out from nodes due to

With all of this in mind we came to the conclusion that a continuous and dynamic re-optimization algorithm was required to holistically address all of these issues at once.

One interesting observation that we made was that if we tried to move too many shards at once it was very easy to trigger cascading shard relocation storms. These events could then go on for hours with shards moving back and forth in an uncontrolled manner triggering high watermarks at various locations, which in turn led to even more shard relocations and the chain continued.

To understand why this happens, it is important to know that when a shard that is actively indexed into, is moved off from a node, it is actually using a lot more disk than what it would use if it was stationary on that node. That has to do with how Elasticsearch persists its writes into translogs. We saw cases where an index could use up to twice as much disk on the node that was sending it away, and naturally, more disk would also be used on the node that was receiving it. This means that a node that triggered a shard relocation due to high disk watermark it will actually, for a while, use even more of the disk until it had moved off enough shards to other nodes.

The service the we built to do all of this is called Shardonnay as a reference to the famous Chardonnay grape.

Linear optimization (also called linear programming) is a method to achieve the best outcome, such as maximum profit or lowest cost, in a mathematical model whose requirements are represented by linear relationships.

Shardonnay should run continuously, and at each iteration it performs the following algorithm:

The difficult part with this algorithm is to get the objective function and the constraints right. The rest will be handled by the LP solver and Elasticsearch itself.

Unsurprisingly it turned out that this problem was not so easy to to model and solve in a cluster of this size and complexity!

Some of the constraints in the model we based on the rules dictated by Elasticsearch itself, such as always adhering to the disk watermarks or the fact that a replica can’t placed be on the same node as another replica of the same shard.

These constraints together all ensured that shards were correctly placed, and that all solutions respects shard movement restrictions.

Our cost function weighs together a number of different factors. For example, we want to

At our scale the size of these LP models becomes a problem in itself, and we quickly learned that it’s very difficult to solve problems with upwards of 60M LP variables in any reasonable amount of time. So we applied a large number of optimization and modelling tricks to drastically cut down on the problem size; including biased sampling, heuristics, divide and conquer, relaxation and optimizing iteratively.

Figure 2: Heat map showing imbalanced workload over an Elasticsearch cluster. This shows up as a large variance of resource usage on the left side of the graph, and through continuous shard placement optimization it gradually stabilizes towards a much tighter band of resource usage.

Figure 3: Heat map showing CPU usage across all nodes in a cluster, before and after we did a tweak of the Shardonnay hotness function. A significant change in CPU usage variance from one day to the other - with the same request workload.

In conclusion, all this allows our LP solver to produce good solutions within a few minutes, even for a cluster state of our huge size, and thus iteratively improve the cluster state towards optimality.

And best of all, the workload variance and disk utilization converged as expected and this near optimal state has been maintained through the many intentional and unforeseen cluster state changes we’ve had since then!

We now maintain a healthy workload distribution in our Elasticsearch clusters, all thanks to linear optimization and our service that we lovingly call Shardonnay.

Given that you have read this far, you must be very interested in distributing search and indexing workload. Thank you! :) If you want to share any related experience with shard balancing or have other questions and comments about this topic, please post them in the comment section below.