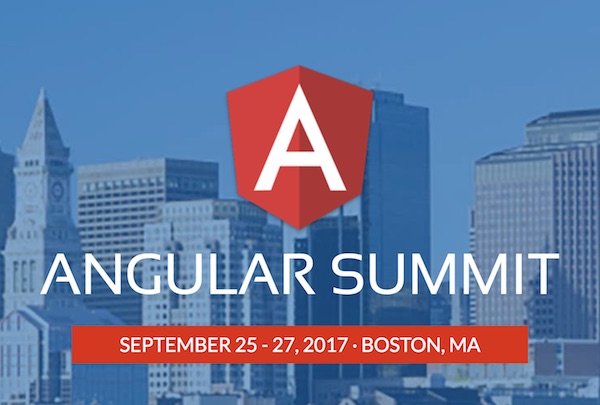 Last month, Meltwater gave me the opportunity to attend the Angular Summit in Boston. I jumped at the chance to travel into the city and learn about the latest iteration of Angular.

Today I’d like to share my key takeaways from the event. You will get the most out of this post if you plan to start a new Angular app or to apply modern practices to your legacy apps.

For those unfamiliar, Angular is a JavaScript-based technology that allows developers to build single page web applications, creating a seamless experience that mimics desktop apps. Angular is an open-source project from Google and it powers the front end of our Media Intelligence Platform so it’s very important to Meltwater.

The two-day conference was jam-packed with talks from industry experts. Some of my favorite courses included a comparison of Angular 1 and Angular 4, an overview of popular tools in the Angular toolkit, and an introduction to the latest version of Angular Material. There was far too much content to be condensed here, so let’s focus on the major recurring themes.

First, the Angular world has wholly embraced component-based architecture. The documentation for webpack, a common tool used with Angular applications today, describes the benefits of a reusable components well: “Each [component] has a smaller surface area than a full program, making verification, debugging, and testing trivial”. As we develop our Angular applications, we must seek to modularize our code into small, reusable chunks.

Second, there are plenty of open-source tools make developing Angular apps easier than ever. The conference had a panel of 6 experts who unanimously supported using TypeScript with the latest version of Angular. Other generally accepted tools for Angular development include Angular Material, RxJS Observables and the Angular CLI. I also learned about the latest ECMAScript syntax and we’ve already started using it in our new development!

Lastly, the experts emphasized frequent major upgrades for Angular. Google has promised a major version upgrade every six months and Angular 5 will be coming out later this month. Even though major upgrades bring performance improvements, security enhancements, and new features, they also include breaking changes that force developers to update their code if they want to stay current.

There are a few things that we do at Meltwater to get the most out of these rapidly changing conditions:

Things were not always this way and we’ve made tremendous progress over the last year. Our application architecture is actively improving and we are constantly evaluating modern technologies. We expect that upcoming changes in Angular will continue to foster innovation that supports both our developers and our customers.

How have you been staying up to date with Angular? How are you integrating the latest changes into your existing applications? Let us know in the comments below!